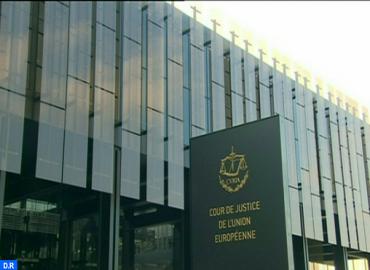 Morocco has flatly denied news reports by some news agencies that Moroccan soldiers have died in Yemen.

The European Union Foreign Affairs Council has appealed this Monday the European Court of Justice’s (ECJ) ruling on the EU-Morocco agriculture agreement.

The Council has appealed the decision of the EU court regarding the EU-Morocco agriculture agreement.

The council of heads of European diplomacy adopted the appeal without debate or discussion.

The appeal is automatically submitted to the European Court of Justice (ECJ).

Last Thursday, ECJ’s Eighth Chamber made a ruling annulling an enhancement of the agricultural agreement signed in 2012 between Morocco and the European Union.
Moroccan official bashes EU court’s ruling on agriculture agreement with Morocco as “incoherent and incomprehensible”

The ruling is unacceptable and contradicts the spirit of longstanding partnership between Morocco and the EU, which is based on respect of sovereignty and universal values of democracy”, Bouaida reacted in an interview with Moroccan paper “L’Economiste”, stressing, however, that the ruling does not challenge the agreement implementation.

Moroccan economic operators will continue to export their products in the same conditions, she went, arguing that this is a purely “political” ruling since the court’s nonsensical and unfounded arguments interfere in the settlement of a conflict where the United Nations is engaged and substitute to the European Council in defining the Union’s foreign policy.

The minister went on that Morocco is still convinced of the legal solidity of bilateral and multilateral agreements signed with its partners and of the competent bodies’ ability to make the rule of law prevail over any other political consideration.

“This is a European-European matter and only the European Union can bring the appropriate answer”, she went on, stressing that Morocco expects the appropriate measures to be taken in order to find a way out of this procedure.

Morocco has obtained the EU’s guarantees that measures are being taken to foil maneuvers underpinning the court’s “arbitrary” decision, Bouaida noted.
European court ruling on agriculture agreement with Morocco, not a reflection of EU’s attitude toward Sahara

The European court’s ruling on the EU-Morocco agriculture agreement does not reflects the good bonds existing between the two sides nor the European Union’s stance on the Sahara issue, said Spanish expert in international relations, Xavier S. Kacho.

The European Union’s credibility and strategic interests which go beyond agreements are challenged by the ruling, he told MAP on the sidelines of a workshop in Barcelona on the EU’s relations with the South Mediterranean countries.

The academic who teaches in several Spanish and European universities also noted that the EU can settle the problem by lodging an appeal against the ruling, stressing that EU needs to be wise and avoid double talk by its institutions.

He further noted that the ruling was probably adopted as a result of poor knowledge of overall cooperation between Morocco and the European Unions in various fields, stressing that the EU is well aware of Morocco’s great importance, as an emerging “serious and credible” country.
Paris: EU-Morocco Agricultural agreement, Important Element of Bilateral Partnership

France considers that the EU-Morocco agricultural agreement is an important element of the vital partnership between the two parties, French Foreign ministry said Friday evening.

Reacting to the EU Court’s ruling on the agreement, spokesman for the French Foreign ministry, Romain Nadal stressed that France supports that the EU Council lodges an appeal against this ruling.

“This is a first instance ruling, which may be subject to an appeal”, he said at a press briefing.

Earlier in the day, Head of the European diplomacy, Federica Mogherini, considered that bilateral agreements with Morocco will not be challenged following the European Court of Justice’s ruling.
Morocco expresses “astonishment” at UE court ruling on Morocco-EU agriculture agreement

Morocco, which has taken note of the European Union court’s ruling on the Morocco-EU agriculture agreement, expressed “astonishment” at the ruling and expects the EU to take the appropriate measures to find a final solution to this procedure.

”The Kingdom of Morocco took note of the ruling of the European Union’s court on the appeal lodged against the agreement between Morocco and the European Union related to reciprocal liberalization measures regarding agricultural products, processed farming products and fisheries products, adopted on March 8, 2010″, said on Friday a release of the Moroccan ministry of foreign affairs and cooperation.

”Although the decision concerns the European Council exclusively and despite the fact that it does not challenge at all the agriculture agreement concluded between Morocco and the European Union, the Kingdom expresses astonishment over the decision on a protocol, which, like all the other bilateral agreements, is conform to international legality”, the ministry pointed out.

”The Kingdom of Morocco is legitimately wondering on the opportunity of maintaining the whole set of contracts that the two countries have managed to build over long years in political, economic, human and security fields in a spirit of partnership and respect of internationally-recognized values” and “expects the European Union to take the appropriate measures to find a final way out to this procedure”, the ministry went on.

”Morocco will follow up with vigilance the unfolding of a judiciary adventure which bears a strong political overtone and will take, as need be, the appropriate measures”, the source stressed, adding “we remain confident in the legal solidity of the agreements concluded with the European Union and in the European Council competent bodies’ ability to make prevail the legal rules over any political consideration.

Finally, Morocco reiterates “constant will to live up to its commitment toward the European Union in serenity and mutual confidence and in the respect of international legality”, the release concluded. COP21: Morocco One of the 4 Greenest Countries in the World

New Measure Expected to More Than Double Filming in Kingdom