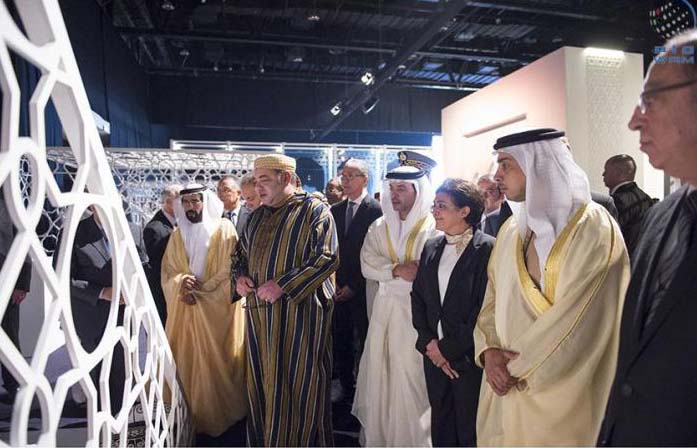 Sheikh Hazza thanked King Mohammed VI for opening the event that would enable Emiratis and residents to acquaint themselves with the Moroccan cultural heritage. He added that the attendance of the King of Morocco and his inauguration of the event that coincided with the UAE’s 44th National Day anniversary “reflect the depth of the UAE-Moroccan relations embodied in the best forms of fraternity and solidarity.”

“This special relationship is growing stronger day after day, thanks to the wise visions of the wise leaders of the two sisterly countries,” Sheikh Hazza said.

The King of Morocco toured the exhibition, which features the cultural, artistic and historic components of the Moroccan civilisation.

Accompanied by Sheikh Tahnoun and Sheikh Hazza, King Mohammed VI also toured the Abu Dhabi Equestrian Club, where they were briefed about ‘Art de Tbourida”, a traditional Moroccan equestrian sports that dates back to 15th century, and other folklore activities.