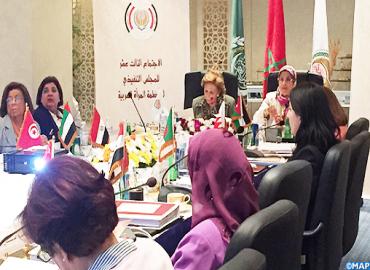 The 13th executive council of the Arab Women Organization opened, on Monday in Sharm El Sheikh (Egypt), under Morocco’s chairmanship.

Speaking at the start of the two-day event, Moroccan minister of solidarity, women, family and social development Bassima Hakkaoui, who chaired the meeting, voiced the hope to see the organization develop its scope of action to promote the rights of Arab women.

Speeches by other members of the executive council touched on the situation of women in member states, stressing the need of striving to fight negative social stereotypes against women.

They also drew attention to the situation of women in armed conflicts and female refugees, calling for more mobilization to assist them.