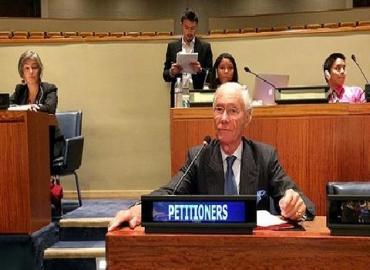 The autonomy plan presented by Morocco remains “the best solution” to the Sahara conflict, stressed Erik Jensen, former Special Representative of the UN Secretary General for the Sahara.

The Moroccan Initiative was developed to find a “realistic and feasible political solution” to the Sahara issue, Jensen told MAP following the screening, Monday night in the British Parliament, of the documentary “Identity of a Front”m directed by Hassan El Bouharrouti.

He noted that the autonomy plan is in line with the advanced regionalization project initiated by the Kingdom, underlining the need to find “a political solution as soon as possible to this problem which has lasted fat too long”.

The former Special Representative of the UN Secretary General for the Sahara also warned against the negative impact of the blockage in the current international situation marked by the terrorist threats in the Maghreb and the Sahel region, in addition to the challenges and upheavals driven by the Arab Spring.