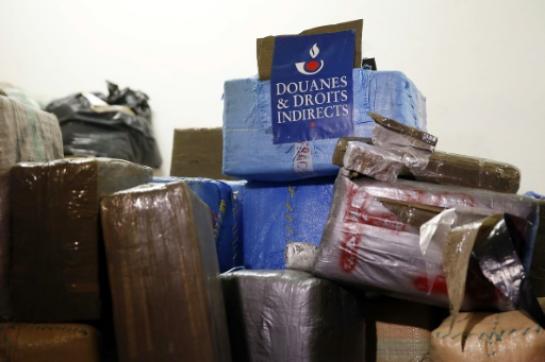 This is the biggest catch realized in France for two years: some 7.1 tonnes of cannabis worth of 15 million euros, hidden in three vans were seized by customs in the night from Saturday to Sunday in central Paris, a “new method of storage,” according to the customs.

The discovery in the sixteenth arrondissement, one of the upscale neighborhoods of the capital, Exelmans Boulevard, is the result of an investigation by the National Directorate of Customs Intelligence and Investigation (DNRED) following several catches since the late summer, including 320 kg of cannabis resin found in early September in Bayonne, and 193 kg in Rouen on October 7, said a source familiar with the matter.