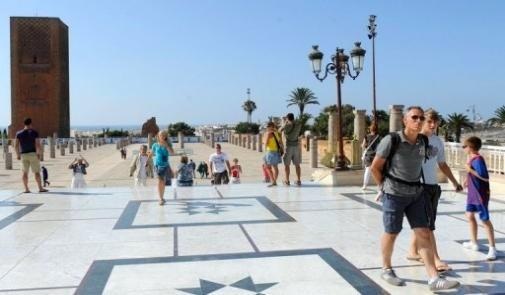 Morocco Most Popular Destination Outside Europe for French Tourists

Morocco remains the most popular destination for the French out of Europe, said on Wednesday in Paris, Tourism Minister Lahcen Haddad.

“Even if we had a difficult year compared to the French market, it always takes first place and remains a priority market for Morocco,” said Haddad in a statement on the sidelines of the international exhibition of tourism professionals “IFTM Top Resa” whose 37th edition is being held in the french capital.

the Minister also stressed the importance of such events to promote Morocco destination, focusing on the importance of conducting communication campaigns for the French media and professionals. It must also target customers directly, especially as this market is individualized to 80%, he said, highlighting the proximity between Morocco and France on all fronts including culturel.

M. Haddad, on the other hand, claimed that the communication actions possible to highlight the political, economic and religious field initiated by the Kingdom, as well as the Moroccan approach that has given its fruits.Il in this regard , evoked the religious component of this approach, noting that Morocco is working to promote moderate Islam, open and tolerant. The imam training program, which benefits several countries including France, is a beautiful illustration of the success of this approach, he said.

The 37th edition of the international fair of tourism professionals “IFTM Top Resa” in Paris, which opened Tuesday with the participation of representatives of some 160 destinations across the world, is an opportunity to highlight the rich tourist offer diverse and different regions of the Kingdom.

Morocco is represented in this exhibition by a large stand of 180 m2 which includes 22 co-exhibitors, including representatives of regional tourism centers, hotels and Royal Air Morocco (RAM), with Of particular interest to the cultural and natural heritage and the diversity of supply regions of Morocco.

this edition of IFTM Top Resa, which ends Friday, is being attended by some 30,000 professionals spread over 365 stands representing all the components of the tourism industry, including airlines, hoteliers, tour operators and tourism promotion agencies.