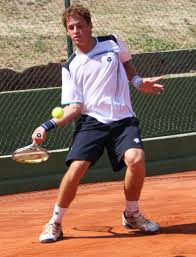 The Spaniard Roberto Carballes Baena, seeded No.4, won Saturday the Carballes Baena won in final of this ATP Challenger Tour event, played on clay and endowed with 42,500 euros (14-19 September) after the withdrawal of Oriol Roca Batalla fellow, when it was led 6- 1 5-1.