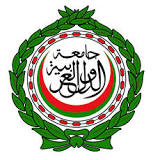 Cairo – The Council of Arab States League, meeting at the level of foreign ministers, praised the efforts of His Majesty King Mohammed VI, Chairman of Al Quds Committee, for the defense OF the holy city and the support provided to the Palestinian people.

The Council welcomed “the efforts of the Organization of Islamic Cooperation (OIC) to end the Israeli measures OF the holy city of Jerusalem, particularly the efforts of His Majesty King Mohammed VI, chairman of Al Committee Quds, in defense of the holy city and support the resistance of the Palestinian people, “said a Council resolution published Sunday evening at the end of its 144th session held in Cairo.

The heads of Arab foreign ministers reaffirm that the eastern sector of Jerusalem is the capital of the independent Palestinian state, expressing their rejection of any attempt to restrict Palestinian sovereignty over the holy city.

They point out that peace and security in the region do realize that if Israel withdrew from the occupied Palestinian territories, headed the eastern sector of Jerusalem, and the occupied Arab territories since 1967 and that, pursuant to International resolutions .

They also expressed their total condemnation and their categorical rejection of all policies, programs and illegal Israeli plans aimed at annexing Jerusalem, distorting its Arab character, altering its demographic composition and isolate it from its Palestinian neighbors.