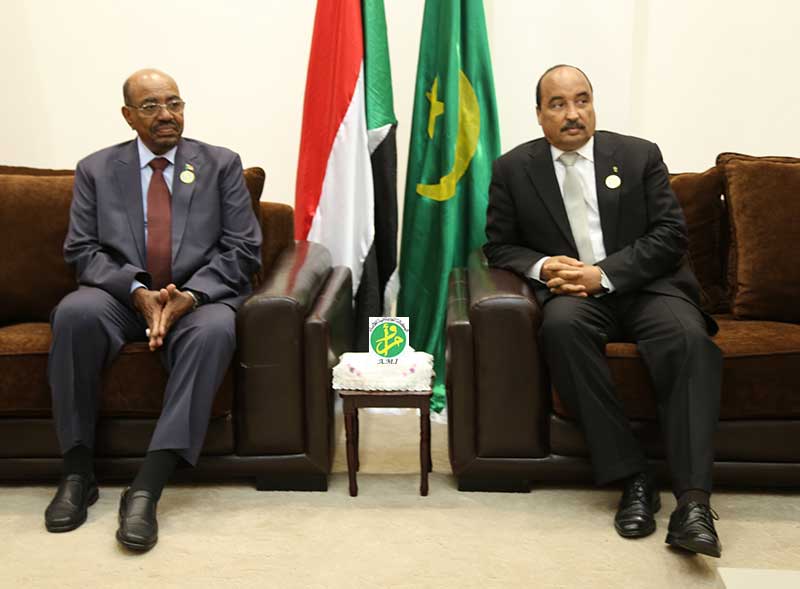 Nouakchott – The member countries of the Pan African Agency of the Great Green Wall reiterated Monday in Nouakchott, their support for Sudan, calling for the lifting of sanctions against that country, within the scope of a US trade embargo since 1989.

“For the sake of solidarity between the peoples of the member states” of the Pan African Agency of the Great Green Wall, “the Heads of State and Government expressed their support for the sister Republic of Sudan and call for the lifting of sanctions imposed in this country, “said the statement issued after their summit in Nouakchott.

Member states welcomed the quality of the work to prosper the Pan project the Great Green Wall and asked the Mauritanian President Mohamed Ould Abdelaziz to continue to ensure the presidency for another term, given the efforts made by his country to strengthen the role of this organization, with headquarters in Nouakchott.

The Conference of Heads of State and Government also decided to recruit a Secretary and maintain the current level of financial contributions from Member States.

Nouakchott summit was held in presence of the Presidents of Chad, Mali, Burkina Faso, Senegal and Sudan, as well as the Prime Minister of Niger and representatives of Ethiopia and Nigeria.

The summit adopted the report of the 4th session of the Ministerial Council of the Agency, held on 24 and 25 July in the Mauritanian capital, which had focused on the legal, institutional, strategic issues and on the prospects the mobilization of financial and material resources.

The Pan African Agency of the Great Green Wall which aims to stop the advance of the Sahara desert, is composed of Senegal, Mauritania, Mali, Burkina Faso, Niger, Nigeria, Chad, Sudan, Ethiopia and Eritrea.

The “Great Green Wall”, which should go from Senegal to Djibouti, is 7000 km long and 15 km wide. This barrier would be accompanied by vegetation retention basins to collect rainwater.

The idea was launched by former Nigerian President Olusegun Obasanjo in 2005, before being taken over by his Senegalese counterpart at the time, Abdoulaye Wade. Morocco and France Cooperating Against Drug Trafficking in the Mediterranean

Fourth Edition of Halal International Expo in Casablanca Next October