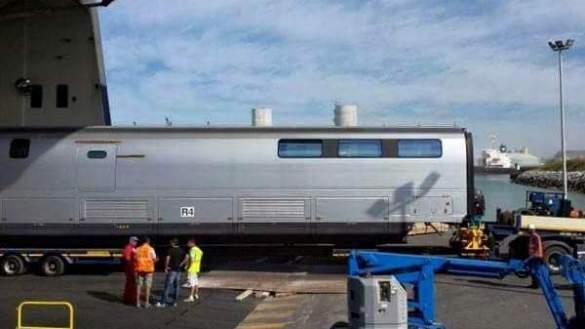 The Director General of the National Railways Office (ONCF) Mohamed Rabie Khlie, gave an update on the progress of the TGV and Marrakech / Agadir line, at a press conference on Wednesday .

ONCF is progressing on the Marrakech-Agadir line. Thus, all studies for the project of a railway line between these cities were made and fastened. The construction of this long railway track is included in the investment program contract to be concluded in late 2015 early 2016 with the government.

Regarding the High Speed ​​Train (TGV) linking Tangier to Casablanca, Mohamed Rabie Khlie, said that the progress of the work is around 70%. Testing will take place in 2016 and commissioned in 2017, he confirmed.

The project’s delay is due to the slowness imposed by the expropriation of the areas crossed by the tracks. Some two hundred homes in Tangier were redeployed into refurbished housing estates by ONCF. The compensation along the route have been correct says CEO. Moreover, this Moroccan TGV project was 90% complete by Moroccan companies. “We preferred a slow project progress by combining national companies there instead of entrusting this project to foreign companies and save time,” said Rabie Khlie who promised to improve the punctuality of trains, modernization network, hygiene in trains and railway stations, not to mention the increased security. ONCF account on the TGV to transport the first year six to seven million passengers.

The director of ONCF continued its momentum to present the balance of 2014. We learn that last year, ONCF transported 39.5 million passengers, an increase of 4% compared to 2013, generating a turnover of 1.46 billion dirhams. Freight transport has seen its volume to rise to 34.6 million tonnes in 2014 to a turnover of 2.13 billion dirhams. The financial results in 2014 confirm the sustainability of good performance; total turnover of 3.6 billion dirhams (+ 1%), an added value of 2.7 billion dirhams (+ 1.3%), a cash flow of around 1.1 billion DH . Mr. Khlie has avoided giving the debt ratio, stating that the ONCF meet its commitment in this area. Finally, he said that the tripling of the track between Kenitra and Casablanca, which will see a renewal of the rails and the installation of new overhead lines and signals, is about to be completed. Moroccans are the Main Beneficiaries of EU Nationalities