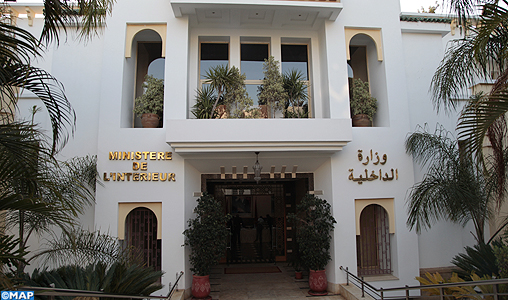 Rabat – a Spanish national who had accessed Tuesday to sponsor national territory for unauthorized actions as part of offensives by foreign organizations supporting the causes of deviation of morals, has been Wednesday of a new deportation, said a statement from the Ministry of the Interior, stating that this person had already been the subject of an expulsion decision on 22 May.

The Spanish national who returned to Morocco with a new passport with a different identity, while the first passport was valid until 2019, says the statement, a copy of which was received Thursday at MAP.

Given the seriousness of these facts, the Interior Minister has contacted his Spanish counterpart for an explanation on the fact that she was able to secure two Spanish passports with different identities to elude the vigilance of the Moroccan authorities , the statement said.

Along with this, the political adviser of the Embassy of the Kingdom of Spain to Morocco (in the absence of Ambassador) was also convened in order to seek his government any clarification on this issue, informed the statement said.

It has also asked for an explanation on the entities or organizations that lead and support this person in these acts of hostility towards Morocco, the statement said, noting that the hostile activity of this Spanish national is linked to the activities two French nationals deported last Tuesday and the two national arrested Wednesday, June 3 (Lahcen El Boudami and Nayem Mohsine) after their shameless exhibition on the esplanade of the “Tour Hassan” in Rabat.

Such provocative actions are deemed ineligible by the Moroccan society, with all its components, the statement concluded.

Nuclear Agreement with Iran, Does it Work?