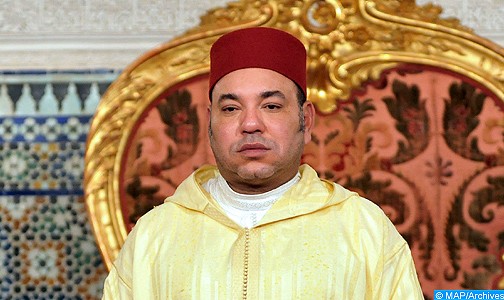 Casablanca – King Mohammed VI, Supreme Commander, Chief of General Staff of the Royal Armed Forces (FAR), received on Wednesday at the Royal Palace in Casablanca, Mr. Noureddine Bahti, who presented its condolences to the Sovereign, after the martyrdom of his son Lieutenant pilot Yassine Bahti after the disappearance of his plane in Yemen, while fulfilling his professional duty, a statement from the Royal Cabinet.

During this hearing, His Majesty the King expressed to Mr. Bahti feelings of His sympathy and His solidarity with the bereaved family in this painful circumstance, expressing his benevolence and royal Haute concern, the statement said.

On this occasion, His Majesty the King, may God forbid, presented Mr. Bahti the Ouissam “In NEJM El-Harbi” with Mention in the nation, that the Sovereign was awarded, posthumously, to his son Lieutenant fire pilot Yassine Bahti in consideration of the services and sacrifices he made, with skill and discipline in the ranks of the Royal Armed Forces, the statement added.

The audience was attended by the General Corps Bouchaib Arroub, Inspector General of FAR and Commander South Zone.