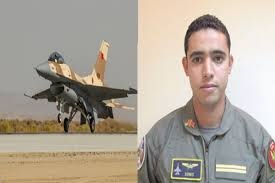 The burial of the Morocco Pilot, Yassine Bahti, killed in Yemen will take place today Wednesday in the Air base of Salé, near Rabat.

The Moroccan military said on Friday it may have located the body of the pilot of an F-16 fighter jet that crashed during coalition air strikes in Yemen, and had sent genetics experts to carry out checks.

“Contacts made locally by Moroccan authorities should lead to the repatriation, after the necessary formalities, of the apparent body of the missing pilot,” said a statement from the Royal Armed Forces carried by state news agency MAP.

A Saudi-led coalition has been conducting air strikes against Houthi rebels and army units loyal to ex-president Ali Abdullah Saleh since March 26 with the aim of restoring exiled President Abd-Rabbu Mansour Hadi.

The Moroccan warplane went missing last Sunday, and Houthi rebels said anti-aircraft guns had downed the jet in a remote area of the northwestern province of Saada — a Houthi stronghold bordering Saudi Arabia.

The army statement did not say whether Houthis had cooperated to locate or identify the body.