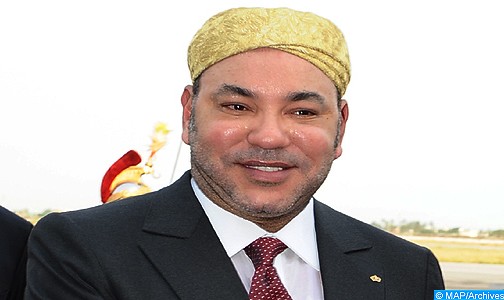 Rabat- The Council of Interior Ministers of the countries of the Arab Maghreb Union (AMU) addressed to HM King Mohammed VI message of consideration after its 5th meeting, held last Thursday in Nouakchott.

In this message, the Council expressed to His Majesty King his high regard for the continuous efforts that the Sovereign spreads with the other members of the Council of the Presidency of the AMU, in order to maintain the positive momentum that marked the integration Maghreb and revitalize the process of the AMU in the service of the noble objectives of this civilizational project and aspirations of the Arab Maghreb son bound by a common destiny.

The Council is driven by a strong will to implement the directions of HM the King and those of his brothers, leaders of the Arab Maghreb, aiming the accomplishment of concrete achievements for the benefit of the Maghreb citizen in the integrated area of ​​the Union and implementing projects for the paths to face together the challenges facing the security and stability of the Maghreb countries, adds the message.

The Council of Ministers of the Interior of the AMU countries also reiterated its determination to make every effort at the service of strengthening dialogue, cooperation and coordination which allows to introduce more developed mechanisms that meet security changes and challenges faced by companies in the Arab Maghreb, headed terrorism and transnational organized crime.