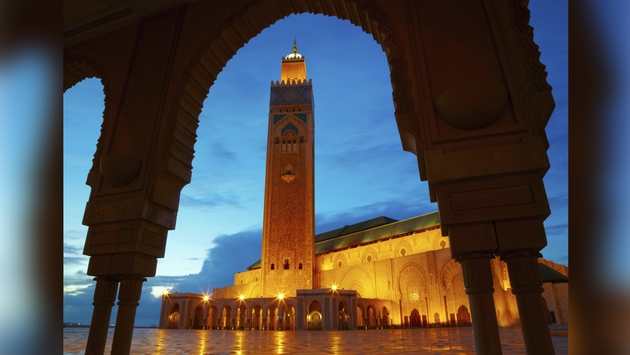 ASTA, the Moroccan National Tourist Office and Morocco’s National Confederate of Tourism signed a memorandum of understanding to broaden promotional efforts to woo more U.S. visitors to the destination. While details are still being ironed out, broadly speaking, the memorandum’s goal is to increase awareness of Morocco through ASTA marketing programs targeted to agents, which will include fam trips to the destination.
The memorandum was signed by Zane Kerby, ASTA president and CEO; Abderrafia Zouitene, CEO of Moroccan National Tourist Office; and Abdellatif Kabbaj, president of the Morocco’s National Confederate of Tourism during the ASTA Destination Expo (ADE) in Marrakech.
“What we’re signing here today represents a partnership between the Moroccan National Tourist Office, Morocco’s National Confederate of Tourism and ASTA to promote the destination to the traveling public,” said Zane Kerby, ASTA president and CEO. “One of the reasons that ASTA chose Morocco as the 2015 ADE site is because it’s garnered so much interest not only from individual consumers but agents as well.”

Currently, Morocco welcomes approximately 220,000 U.S. tourist a year, compared to 80,000 ten years ago. Zouitene and Kabbaj said plans are underway to strengthen Marrakech’s hotel infrastructure, boosting its capacity of 30,000 beds to 120,000 by 2020.
They also said two more Morocco National Tourist Offices, one of which will be based in California, will be added in the U.S. but were unable to disclose a timetable for those openings.
Maybe most importantly, Zouitene and Kabbaj said the government is actively pursuing airline partnerships to increase air service from the U.S. to Morocco. On March 2 Royal Air Maroc and JetBlue are expected to file with the U.S. Department of Transportation for approval of a codeshare that would place Royal Air Maroc’s AT code on select JetBlue flights within the U.S. that fly into New York-JFK.
Royal Air Maroc offers 14 weekly nonstop flights from Casablanca to Morocco with connecting service to Marrakech. Late last month, Royal Air Maroc launched its first 787-8 Dreamliner on flights between Casablanca and JFK with connecting flights to Marrakech.

UN Says Libyan Talks to Be Held in Morocco This Week