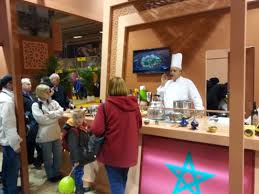 The 52nd edition of the International Agricultural Show in Paris (SIAP), a meeting place of all agricultural stakeholders, opened Saturday with the participation of some 1,500 exhibitors from 22 countries, including Morocco.

French President Francois Hollande, accompanied by French Agriculture Minister Stephane Le Foll, proceeded to the inauguration of the living room placed under the theme “Agriculture in motion” and this year turned to the issue of climate change and its interaction with farmers in preparation for the World Conference “Paris 2015 climate” in December.

The show, which runs until March 1, covers four worlds, namely livestock and chains, gourmet products, vegetable crops and industries and agricultural services and crafts, and includes several conferences, B2B meetings and discussions on how to feed the quantity and quality of a global population increasingly large while preserving the environment.

Moroccan participation is organized for the third successive year, the Agency for Agricultural Development (ADA) and is part of the implementation of the Green Morocco Plan and marketing development strategy and promotion of local products.

This is to promote a wide range of local products and highlight the quality of the Moroccan offer to more than 700,000 visitors this public event.

In this regard, an important delegation of senior Department of Agriculture, investors, economic interest groups (GEI) and agricultural cooperatives represents Morocco in this edition.

Some 26 exhibitors, including 20 producer groups and six private companies, expose a selection of products from the most emblematic Moroccan soil, including 10 certified products from 13 regions of the Kingdom.

Such producer groups are divided into ten GIE nine cooperatives and cooperative union totaling 78 cooperatives with more than 4,000 farmers, including 1,200 women. the Ministerial Meeting of the Mediterranean ministers Group in Paris