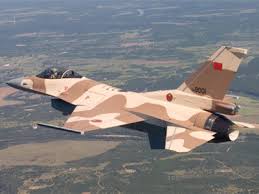 The Moroccans F-16 involved in operations against Daech This was said in a dispatch from the Spanish news agency EFE quoted the latest issue of the journal “Air Forxe Monthly”.

Their bases in the UAE, the devices of the Royal Air Force (RAF) have conducted these operations in December and January, the source added, without specifying their nature.