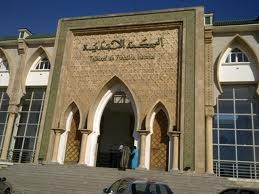 The National Criminal Investigation Brigade has referred on Wednesday to the General Public Prosecutor at the Rabat Court of Appeal 16 individuals charged in separate cases related to terrorism, we learned from a judicial source.
The respondents belonging to several cities in the north of the Kingdom, are charged with “forming a criminal gang to prepare and commit terrorist acts as part of a collective project to cause serious harm to the public order through intimidation, terror and violence. ”
The defendants are scheduled to appear today before the investigating judge in charge of terrorism cases near the annex in the Salé Court of Appeal to be interviewed as part of the preliminary examination. King of Morocco Dismisses Sport Minister from the Government

The bullet didn’t hit the policeman of Charlie HEBDO