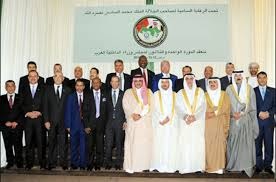 HM King Mohammed VI said that the holding of the 31th session of the Council of Arab Ministers of the Interior in Marrakech reflects the strong commitment of Morocco to the Joint Arab Action especially among officials of the Interior, in because of the key role they play.
In a message to participants at the 31th session , held on 12 and 13 March in Marrakech, which was read by the Minister of Interior, Mohamed Hassad , the Sovereign said that the importance of this role is in particular the strengthening of cooperation and coordination , in order to ” expand capacity to develop innovative strategies to support the ongoing changes and meet the requirements of peace and social stability. ”
HM the King as well , highlighted the crucial role of the citizen as an essential partner for security and stability and lead efforts dedicated to the development , and as a key component assisting in the creation of a healthy and imbued with democratic principles and the culture of human rights social climate.

This is why , says the Sovereign , “We are committed to establish a new concept of authority ,” which is based on ” the preservation and expansion of freedoms , the preservation of the dignity and rights citizens under the rule of law , and strengthening local democracy and followed in the management of public affairs ” participatory approach.
In the same vein, continued HM the King, “We launched in 2005 the National Initiative for Human Development , which has the main purpose of putting the citizen at the heart of the development process and make its main purpose . ”
In this regard , the High Expressed ” deeply convinced that political and civil rights not find their concrete expressions in the lived reality of citizens and through their complementarity with economic, social , cultural and environmental .”
HM the King also recalled the adoption of a new territorial organization , based on decentralization and the launch of construction of the advanced regionalization , letting them know that the goal is ” to strengthen the approach to good territorial governance and pave the way for a democratic system of management of local affairs , based on the realization of an integrated ” economic and social development.
Sovereign said in the sense that all these projects and all these reforms undertaken by the Kingdom, ” based on the need to honor the man and of the citizen to the backbone and purpose of public policy .”
They are also said His Majesty the King , ” the basis for a comprehensive approach in which democracy and development go hand in hand with the need for security and stability.”