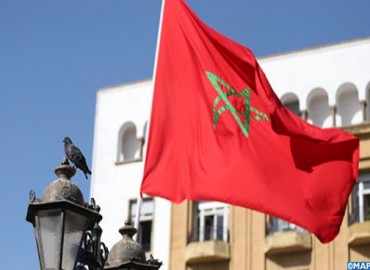 In the fight against Covid-19, Morocco has been an “exemplary” country and able to react effectively while being innovative, the French magazine Slate.fr said Monday, stressing that the economic and social support plan put in place by the Kingdom in response to this pandemic is “without equivalent in Africa”.

On May 8 in Casablanca, a research foundation presented a 100% Moroccan-made intelligent artificial respirator that should be delivered to hospitals in the kingdom in the coming weeks. This announcement follows several initiatives in the country such as an intelligent mask for automatic remote detection of Covid or the creation of a digital platform for sharing experiences on the pandemic, Slate.fr pointed out.

“It is therefore not by chance that the European Union praised a few days ago the efforts of Morocco in the management of the coronavirus crisis,” said the magazine. For, “it must be said that the figures speak for themselves: eighty days after the appearance of the first case of Covid-19 in the kingdom (…), only a little more than 7,000 people were infected and less than 200 died”.

“But what makes above all the singularity – if not the exemplarity – of Morocco in the Maghreb and throughout Africa, is the extent of the support measures put in place to limit the economic and social consequences of Covid-19”, said Slate.fr.

“Thus, by decision of HM King Mohammed VI, whose voluntarism in this matter was unanimously underlined, a special Covid-19 fund was established in mid-March,” recalled the French magazine.

Supported by donations from all the country’s public institutions as well as major private companies, this fund has so far raised 33 billion dirhams (more than 3 billion euros).