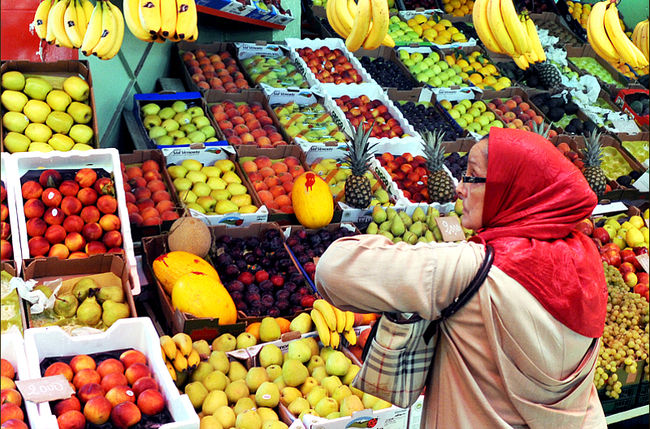 Morocco Consumer Confidence Declines One Point In Q1 2016 To 84

Morocco – 25 May 2016 – In the latest Nielsen Consumer Confidence Index results released today, Morocco’s score declined one point to a score of 84 in the first quarter of 2016, following a consistent score of 85 for the two previous quarters.

There was a general decline in the levels of optimism on all three pillars on which the consumer confidence index is measured. Optimism in the state of job prospects over the next 12 months went down by one percentage point from the previous quarter (36%); confidence in personal finance also declined seven percentage points (38%); while perception on the ability to spend went down by six points (29%).

“Despite the fact that job security was quoted as the main concern for the last two quarters, terrorism ranked first in the first quarter of 2016,” said Anas Touzani, Commercial Director, Maghreb region. “The domino effect on confidence, therefore, is natural; though a one point decrease in general consumer confidence is considered stable.”

The Nielsen Global Survey of Consumer Confidence and Spending Intentions, established in 2005, measures consumer confidence, major concerns, and spending intentions among more than 30,000 respondents with Internet access[1] in 63 countries. Consumer confidence levels above and below a baseline of 100 indicate degrees of optimism and pessimism.

AROUND THE AFRICA/ MIDDLE EAST REGION IN CONSUMER CONFIDENCE

CONSUMER CONFIDENCE AROUND THE WORLD

About the Nielsen Global Survey

The Nielsen Global Survey of Consumer Confidence and Spending Intentions was conducted March 1–23, 2016, and polled more than 30,000 online consumers in 63 countries throughout Asia-Pacific, Europe, Latin America, the Middle East/Africa and North America. The sample includes Internet users who agreed to participate in this survey and has quotas based on age and sex for each country. It is weighted to be representative of Internet consumers by country. Because the sample is based on those who agreed to participate, no estimates of theoretical sampling error can be calculated. However, a probability sample of equivalent size would have a margin of error of ±0.6% at the global level. This Nielsen survey is based only on the behavior of respondents with online access. Internet penetration rates vary by country. Nielsen uses a minimum reporting standard of 60% Internet penetration or an online population of 10 million for survey inclusion. The China Consumer Confidence Index is compiled from a separate mixed methodology survey among 3,500 respondents in China. The sub-Saharan African countries in this study are compiled from a separate mobile methodology survey among 1,600 respondents in Ghana, Kenya and Nigeria. The Nielsen Global Survey, which includes the Global Consumer Confidence Index, was established in 2005.

Nielsen Holdings plc (NYSE: NLSN) is a global performance management company that provides a comprehensive understanding of what consumers Watch and Buy. Nielsen’s Watch segment provides media and advertising clients with Total Audience measurement services across all devices where content—video, audio and text—is consumed. The Buy segment offers consumer packaged goods manufacturers and retailers the industry’s only global view of retail performance measurement. By integrating information from its Watch and Buy segments and other data sources, Nielsen provides its clients with both world-class measurement as well as analytics that help improve performance. Nielsen, an S&P 500 company, has operations in over 100 countries that cover more than 90% of the world’s population. For more information, visit www.nielsen.com.

[1] While an online survey methodology allows for tremendous scale and global reach, it provides a perspective on the habits of existing Internet users, not total populations. In developing markets where online penetration has not reached majority potential, audiences may be younger and more affluent than the general population of that country. Additionally, survey responses are based on claimed behavior, rather than actual metered data.

[2] Belarus and Kazakhstan are two markets added to the Nielsen Global Survey in the first quarter of 2016, bringing the total number of countries measured in the online survey to 63.