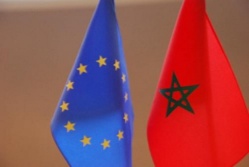 The EU appreciates the results of reforms carried out by Morocco in the different areas, said, Thursday in Brussels, Cristiana Famea, official at the European External Action Service.

The EU recognizes Morocco’s ambition and commitment to the reform process following the adoption of the 2011 constitution and appreciates the results achieved within this framework, said Famea during a debate on the Moroccan criminal law reform, held at the European parliament.

The EU’s support of the Moroccan reform process goes through the ongoing dialogue as part of the EU-Morocco association agreement, mainly within the sub-committee of “human rights, democracy and governance”, and also via the dialogue with civil society, she said.

Concerning the judiciary’s reform, the European official said that revising the criminal law is a very important step given the accomplishments that were made, she underlined, citing the introduction of other penalties and the proposal of important human rights provisions.