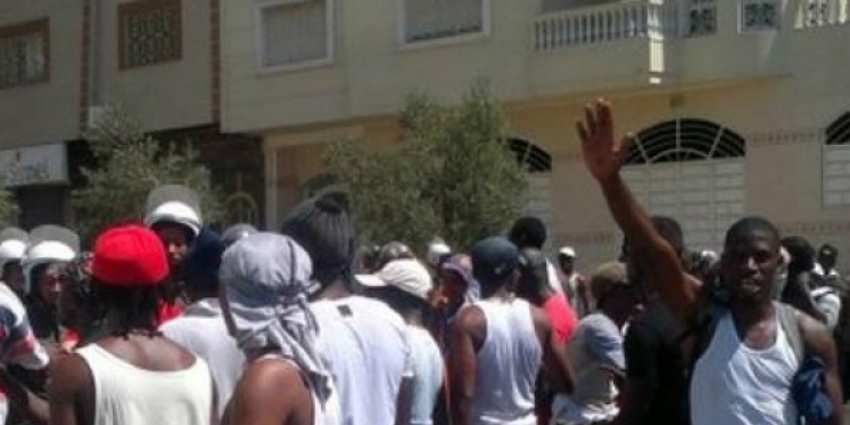 The local authorities of the Tangier Wilaya conducted Wednesday the evacuation of about 400 sub-Saharan migrants who were in staying in an illegal manner in nearly 85 apartments in Al Irfane district in Tangier, said the General Affairs Directorate (DGA) of the Wilaya.

Local authorities, in coordination with the various departments concerned under the supervision of the competent public prosecutor, were evacuated about 400 passengers from sub-Saharan Africa, which were transported in 16 buses to different cities of the Kingdom , said the source, noting that the operation took place under “normal conditions” without any reluctance on the part of the occupants, previously ordered by the local authorities to evacuate the apartments they occupied illegally.

The search apartments evacuated allowed the entry dinghies, engines and oars used in the illegal emigration operations to the other shore of the Mediterranean, said the same source.

This evacuation operation took place in good conditions and no incidents were recorded, as sub-Saharan migrants have been notified in advance by local authorities to leave the apartments they occupied, told MAP the President of the Solidarity Association and neighboring rights, Abdelouahab Sbai, expressing fear of these Africans return to apartments vacated once finished.

It has, in this sense, proposed to strengthen the presence of government forces in Al Irfane area for at least a week until the owners of the apartments, the majorities are Moroccans living abroad, can meet present and take the necessary steps to protect their homes.