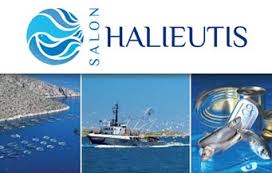 The end of 2015 edition of the International Exhibition Halieutis

The 2015 edition of the International Exhibition Halieutis organized from 18 to 22 current Agadir under the sign “the sea is the Future of Man”, recorded a great success at all levels and will indeed keep its promises , said the Commissioner of the Exhibition, Abdelfattah Zine.
“The peculiarity of this 3rd edition, like the previous two, is his success and success to drain professionals and operators in the fisheries sector both nationally and internationally,” said Mr. Zine in Sunday closing of the event, under the patronage of HM King Mohammed VI.
Halieutis 2015 was indeed marked by a strong African presence and unprecedented, which with the Ivory Coast as a guest of honor, has delivered the perfect illustration of the depth of ties between Morocco to its African roots in all areas, thereby resulting in a firm and an unwavering commitment of all partners to work in concert, for the development of the acting and innovative relationships in the promotion of sea fishing and crafts and sea-related industries .

In fact, the first three days of this major event was marred by intense exchanges and meetings, bilateral and multilateral, between officials, traders and private and public professionals about various issues including regional cooperation the development of resources and strengthening of regional integration in the fisheries sector.
This institutional twinning, for a period of 6 months and in the amount of 250,000 euros funded by the EU, will allow the National Agency for the development of aquaculture (ANDA) to master the techniques of aquaculture production in drawing on the experience and best European practices.
In addition, some consider that one of the highlights of this edition was undoubtedly the presentation of data on the status of the national strategy Halieutis 2020, five years after its launch, seems to have reached a percentage of completion undeniable, even unexpected, both in promoting trades and marine resources that strengthening the competitiveness and sustainability of this sector.
Figures to support this strategy, based on the three base durability, performance and competitiveness, shows that halfway national fish production reached 1.3 million tonnes in 2014, all segments confused of fishing, which is equivalent to about 82 PC of the set objective for 2020. A strengthened by giving the value of the first sale of catches of the artisanal and coastal fishery that has established it, an historical figure 6 billion dirhams in 2014, an increase of 10 PCs compared to 2013. The peace dialogue between Libyan militias planned in Morocco canceled