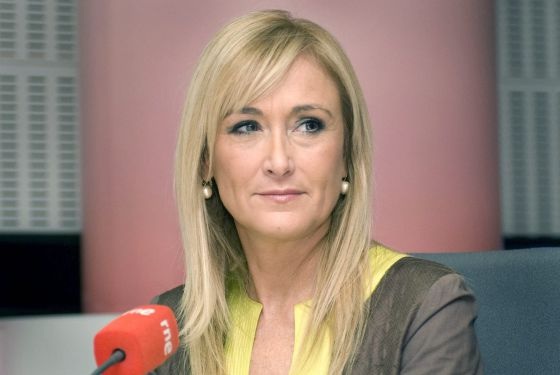 The delegation of the Spanish government in Madrid decided to ban anti-Islam demonstration called for next Friday at the mosque “M-30” in the Spanish capital, by extreme right, announced the Spanish official sources.
During a press conference, the delegate of the central government in Madrid, Cristina Cifuentes, said that the event “could represent a risk against citizen security and against property and people and undermine public order” .
Cifuentes said that based on the reports of the Office of the Attorney General of the State and the Spanish police, government delegate decided to ban the event under the Spanish Constitution and in order to safeguard public order.

The Spanish official added that the authorities have recently received a request for authorization of this event, convened by the “National Alliance” for January 23 current. The promoters of this event wanted to protest against the attacks of Paris who killed 17 people.
According to local media, the group anti-Islam movement the “patriots Europeans against the Islamization of the West” (Pegida) should attend this prohibited event. A report that hundreds of members of the Muslim community living in Spain, held last Sunday in Madrid, a rally to condemn the terrorist attack.
In a manifesto read at the rally, participants expressed their “total solidarity” with the families of the victims and their condemnation of the “criminal attack” against “Charlie Hebdo”.
The manifesto further stressed that this “abominable attack is totally contrary to the civic and human values” of Islam and “coexistence values” than in western societies, while condemning and rejecting “all forms of terrorism without exception” as well as speeches “radicals and human anti fueling” the scourge.
For their part, the Imams of mosques throughout Spain strongly condemned Friday the attack against “Charlie Hebdo”, stressing that the perpetrators of this act do not represent Islam.
In the sermon last Friday, the Imams of the mosques in Madrid and in all regions of Spain have called a “brutal” terrorist act contrary to the values of Islam and called for banning extremism and to invoke the true virtues of the Islamic religion.
They stressed that the perpetrators of this attack army can in no way claim to belong to this religion of peace and dialogue that advocates tolerance and coexistence among all communities and rejects violence.