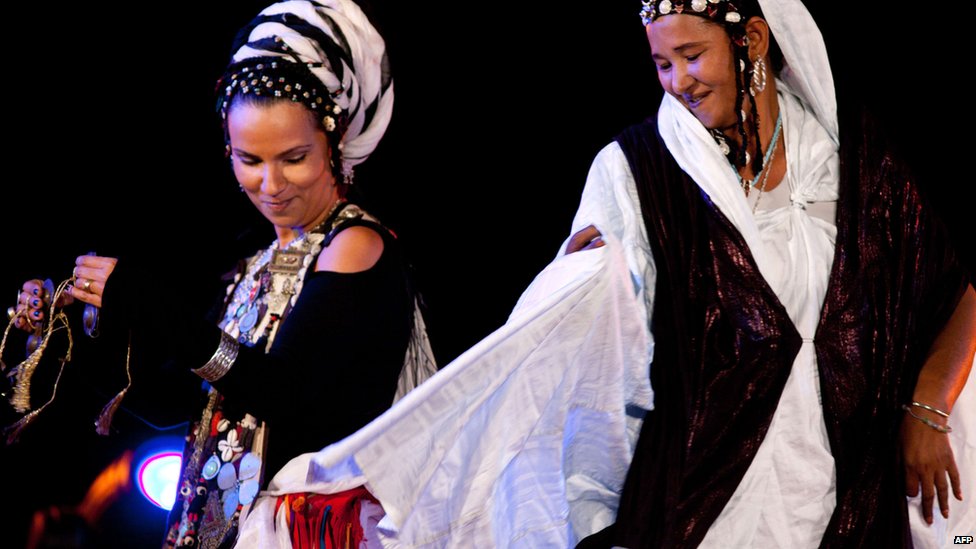 In November 2013 they celebrated the 5th anniversary of the Taragalte Festival. The programme of the festival was filled with different musicians, poetry readings, debates and many more activities. The setting was once again magical; a big circle of tents and a stage at the “door” of the Sahara.

The theme of the Taragalte Festival 2013 was ‘The Caravan’. This theme was chosen to revitalize the historical role and importance of the trans-Saharan caravan and to rekindle the economic experiences, cultural exchanges and human connections that happen at M’Hamid El Ghizlane.

The 6 th edition of Taragalte Festival will be from 23 to 25 th January 2015 in M’Hamid el Ghizlane (southeast Morocco) celebrating music, art, poetry and culture of the region. The festival’s goal is to promote awareness around the ancient heritage of this region making live again the old moussems (traditional festivals) which had disappeared when the trade caravans stopped their activity. This year the festival will revive the traditional caravans hosting musical and  medical caravans, natural products caravans and the trans–boundary cultural caravan for peace which will promote a dialogue, enhance cultural awareness and celebrate artistic expression while benefiting local economies in the Sahel and Sahara .

Taragalte Festival in this issue will give the launch of the second  Caravan Cultural for Peace   will begins its second edition and will continue its journey during the following weeks from Morocco to Mali and with the help of its partners will expand its network to other parts of the Sahel, Mali and other countries in Europe.