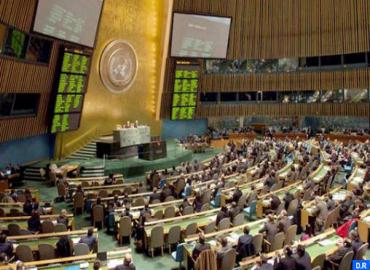 The 4th Commission of the UN General Assembly adopted on Monday, without a vote, a resolution supporting the UN political process for the settlement of the Sahara issue, and called on states in the region to fully cooperate with the Secretary-General and his personal Envoy as well as with each other, to achieve a political solution to this regional dispute.

Through this resolution, the General Assembly of the United Nations commends the efforts in this regard, and calls upon all parties and States in the region to fully cooperate with the Secretary-General and his Personal Envoy as well as with each other to find a “political solution that is mutually acceptable.”

The United Nations also hailed the fact that the parties are committed to continuing to show political will and work in an atmosphere propitious for dialogue in order to enter, in good faith and without preconditions, in a more intensive negotiating phase, while taking note of efforts and developments since 2006, thus ensuring the implementation of the security Council’s resolutions.

In this respect, the resolution refers to resolutions of the Security Council since 2007, which stressed the pre-eminence of the autonomy initiative presented by Morocco and hailed by the Executive Body and the entire international community as a serious and credible initiative for the final settlement of this regional dispute.