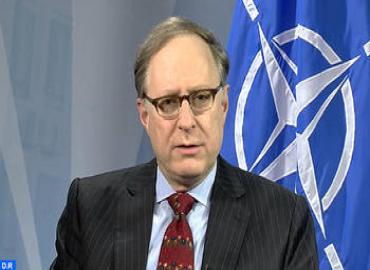 Ambassador Vershbow will meet with Minister-Delegate to the Minister of Foreign Affairs and Cooperation, Nasser Bourita, Minister-Delegate for National Defense, Abdelatif Loudiyi and other high level officials, NATO said in a release.

On February 19, Ambassador Vershbow will participate in a Public Diplomacy Seminar on “NATO-Morocco cooperation in the framework of the Mediterranean Dialogue”, where he will deliver opening remarks, the same source added.