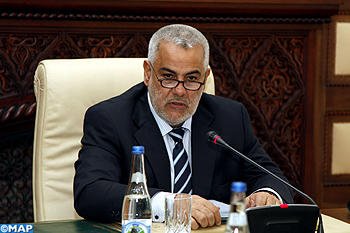 Benkirane highlighted the exceptional brotherly ties between the two countries and the two leaders, and their vision to reinforce bilateral cooperation and play an important role in the Arab and Muslim world in order to strengthen common Arab action.

Morocco and the UAE push for a strategic multi-dimensional partnership, Benkirane stressed, noting the increase of Emirati investments in Morocco in many fields and of bilateral trade since the signing of the free trade agreement between the two countries in 2001. Morocco, Sweden Set to Give New Impetus to Bilateral Relations