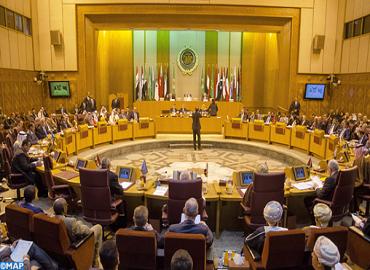 An extraordinary meeting of Arab League foreign ministers started this Sunday in Cairo at the request of Saudi Arabia, whose diplomatic missions in Iran were attacked.

Announcing the emergency meeting, the Arab League said: “It has been decided to hold an extraordinary meeting of the foreign ministers of the Arab League Council on Sunday at the headquarters in Cairo.”

“This meeting is being held following an official note from the Saudi permanent delegation to the Arab League,” said Ahmed Ben Helli, deputy secretary-general of the league, in a statement.

Morocco is represented by a delegation led by delegate minister for foreign affairs and cooperation, Mbarka Bouaida and Morocco’s ambassador to Cairo, Kingdom’s permanent representative to the Arab League Mohamed Saad Alami.

The meeting is expected to denounce the Iranian attacks on Saudi diplomatic missions in Iran as well as the Iranian interference in the internal affairs of Arab countries.

On the sidelines of the Arab League’s meeting, the Arab Ministerial Committee (Egypt, Jordan, Palestine and Morocco) in charge of international action in support of the Palestinian cause, will meet under the chairmanship of Egypt, to discuss the means of providing international protection to the Palestinian people.

Morocco To Present GCTF Working Group Achievements In The Hague