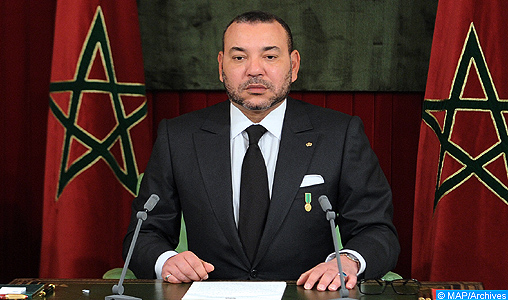 In this message, the Sovereign said that he learned with deep sorrow and strong indignation, the sad news of the criminal explosion that targeted a bus of Tunisian presidential guard, killing many innocent victims.

While expressing his strong condemnation of this despicable attack, HM the King expressed Morocco’s “total solidarity” with the Tunisian brother people in their fight against these barbarous acts, and support to deal with all horrendous forms of terrorism, prohibited by all heavenly religions and rejected by the noble values of Islam.

The Sovereign also expressed to President Beji Caid Essebsi, the bereaved families and the brother people of Tunisia, heartfelt condolences and compassion, imploring the Almighty to have victims in His mercy, welcome them in His vast paradise and grant to their families patience and solace.

HM the King also implored the Almighty to grant speedy recovery to the injured and preserve the brotherly people of Tunisia from any misfortune.