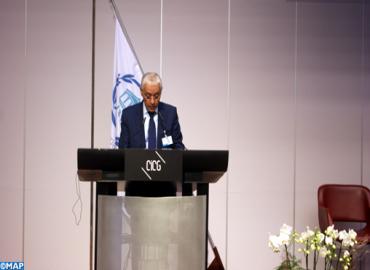 Speaker of the house of representatives (lower house) Rachid Talbi Alami called on Saturday for more solidarity by Arab MPs with the Palestinian people in their resistance to Israeli systematic aggressions.

“We should all act today not only as one Arab Ummah, but also as parliamentarians urged to take up an active role in terms of mobilization and establishment of projects and initiatives” for Palestinians, said Talbi Alami during an extraordinary session of the Arab Parliamentary Union in Geneva.

He deplored the growing tension and military violence against which the Palestinians are tirelessly fighting, lauding the spirit of responsible patriotism marking the Palestinian leadership.

The Arab-Islamic Ummah should bring more support for the Palestinian resistance and not stop at simple condemnations, he added.

This meeting was held on the sidelines of the 133rd assembly of the Inter-Parliamentary Union (IPU) which opened on Saturday.

The Moroccan delegation is made up of representatives from the PJD, PI, RNI, USFP and PAM parties.