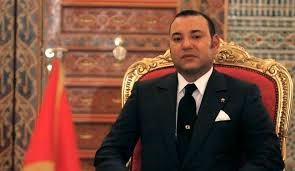 Washington – His Majesty King Mohammed VI sent Thursday a speech to the nation on the occasion of the Throne Feast in which the Sovereign insist on the founding principles of the Moroccan diplomacy which builds on the distinctive and unchanging values ​​of discipline, solidarity and credibility, as many cardinal principles that make the Kingdom a listened and respected country in the world. With the maturity of the Moroccan democratic model, the multifaceted projection of the Royal vision internationally strives to provide valuable support to democratic processes, the dynamics of sustainable development, human rights and human dignity, in addition to security and peacekeeping, to the south-south cooperation and the imperious dialogue between civilizations. Stressing the pro-active nature of the foreign policy of the Kingdom, His Majesty the King stressed in his speech that “We set out to review the style and direction of the national diplomatic action, while remaining committed to the immutable principles to which Morocco is based in its external relations, namely rigor, solidarity and credibility. ” Royal method has placed the Kingdom and gave titles of nobility to Morocco as a key partner, respected and listened to the concert of Nations as evidenced particularly by advanced status agreement with the EU, strategic dialogue launched in September 2012 with the United States, the free trade agreement that unites the two nations since 2006, the appointment of Morocco as a major ally outside Washington the North Atlantic Treaty Organization (NATO) and the prominent place occupied by the Kingdom at the African and Arab-Islamic scene, the Sovereign is the initiator of a founder breath for inclusive development in Africa and a tireless defender of Palestinian rights, through the Presidency of the Al-Quds Committee. The strategy of His Majesty the King gives the Moroccan diplomacy continuity and overall consistency imbued with a high sense of history, values ​​of peace, good neighborliness, solidarity and geo-strategic prerequisites as part of an overall vision backed by the distinguished work of Sovereign for the promotion of dialogue of civilizations, the cause of peace and peaceful conflict resolution. Regional leadership of His Majesty the King was greeted repeatedly by US President Barack Obama, and is expressed in particular through the explicit support of the US Chief Executive to the autonomy plan in the Sahara, in Moroccan sovereignty, which was a highlight of the summit that met in the White House US President and His Majesty King Mohammed VI (November 2013).

Washington is Proud of its Strategic and Secular Partnership