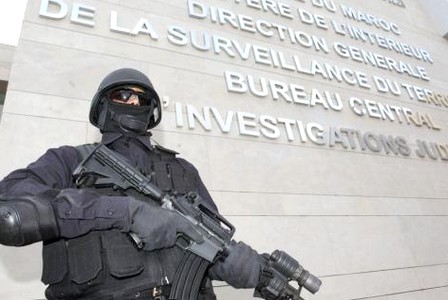 Rabat – A survey conducted by the Central Bureau of Judicial Investigations (BCIJ) under the Directorate General of monitoring the country about three Afghan nationals were arrested on 27 June at the Marrakech-Menara Airport, in possession of suspicious letters jihadist load, led to the discovery of an international immigration network operating in many countries, said a statement from the Interior Ministry.

The three Afghans, one of which is of Pakistani origin, were arrested as they attempted to leave Morocco to Denmark using falsified Pakistani passports, the statement said.

Those arrested, claimed to have received death threats from the Taliban movement, had won the UAE city of Dubai from Pakistan where they had obtained fake Pakistani passports from naturalized British Pakistani intermediaries and resident in the United Kingdom, the source added noting that they had used these passports when traveling to Mauritania before entering the Moroccan national territory through the border point Bir Guendouz, in southern Morocco.

This operation is part of the proactive measures taken by the Directorate General of monitoring the country to avert dangers in light of the terrorist threats facing the world.

The respondents will be presented to the court once the investigation is completed under the supervision of the competent public prosecutor.