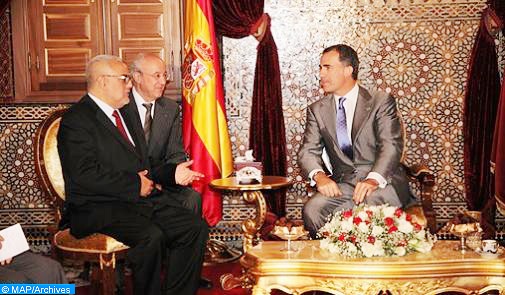 The audience was attended by the Spanish Minister of Foreign Affairs and Cooperation, José Manuel García-Margallo, the Minister Delegate to the Minister of Foreign Affairs and Cooperation, Mrs Mbarka Bouaida, the Ambassador of Morocco Spain, Mohamed Fadel Ben Yaich and charged of affairs at the Spanish Embassy in Rabat, Camilo Villareno.

Benkirane will co-chair with the Spanish Prime Minister, Mariano Rajoy, the work of the 11th High Level Meeting Spain-Morocco, to be held in the presence of a strong Moroccan ministerial delegation.

This meeting will be sanctioned by the signing of several bilateral agreements in various fields of cooperation.

Nuclear Agreement with Iran, Does it Work?