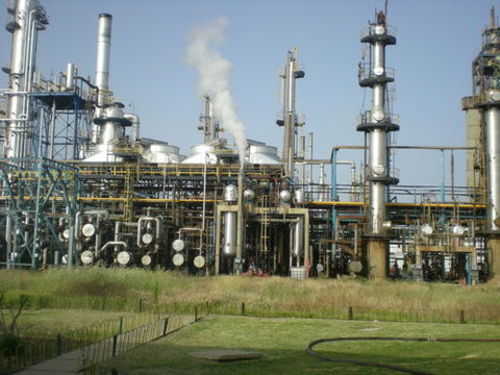 May 4 (Reuters) – Morocco’s sole oil refiner Samir said on Monday it had obtained 3.1 billion dirham ($319 million) of loans via an agreement with Banque Centrale Populaire (BCP), one of the country’s three biggest lenders.

Samir posted a record net loss of 3.42 billion Moroccan dirham in 2014, mainly due to inventory revaluations after oil prices fell.

The company shares have lost more than 40 percent over the last 12 months on the Casablanca stock exchange. The shares opened 1.9 percent up after the loan announcement on Monday.

“It is the second step in the company’s plan to redress its finances,” Samir said. It has already been granted $600 million by the International Islamic Trade Finance Corporation (ITFC), an Islamic Development Bank Group unit, and Canada-based energy company Vermillion Energy, the statement said.

The $600 million will be used to finance crude oil and its derivatives purchases from February 2015.

It was unclear what the guarantees for the loans from BCP, ITFC and Vermillion would be. Samir and BCP declined to give more details.

University of Tokyo Presents white paper on terrorism in Morocco