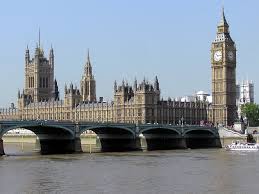 The United Kingdom and Morocco parliamentary meeting between the two countries on the occasion of the working visit by a parliamentary delegation led by the Speaker of the House of Representatives Rachid Talbi Alami to England, allowed members of the Moroccan delegation, representing both Houses of Parliament, to give a general overview of the integrated strategy mapped out by the Kingdom to combat terrorism and religious extremism, has become a global scourge threatening regional and international security.
They recalled in this regard, the bill recently passed by the House of Representatives, rallying criminalizing terrorist groups, the apology and incitement to terrorism and monitoring during practice inside or the outside Morocco.

They also stressed the importance of the experience developed by Morocco on imams training by Maliki rite which advocates an Islam of moderation and balance, saying that the success of this experience has prompted several Arab and African countries, who want to inspire and benefit from the Moroccan model to counter extremist and obscurantist ideas. Ivory Coast qualified, the draw between Mali and Guinea CAN2015