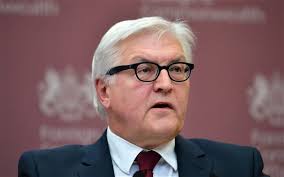 The meeting focused on excellence and depth of relations between the two countries and the qualitative leap that they know both at the commercial, economic and political levels, the statement said.

This hearing was also an opportunity to exchange and share converging views between the Kingdom of Morocco and the Federal Republic of Germany, around the issues of security and the fight against terrorism in the regions of Maghreb and Sahel, the source added.

On this occasion, Mr Steinmeier transmit to the Sovereign the invitation of the Federal President Mr. Gauck Johakim for an official visit to the Federal Republic of Germany.

The audience was attended by the Minister of Foreign Affairs and Cooperation, Mr. Salaheddine Mezouar, and the German Ambassador to Morocco, Mr. Volkmar Wenzel. MINUSMA: Morocco’s contribution is crucial in the stabilization of Mali