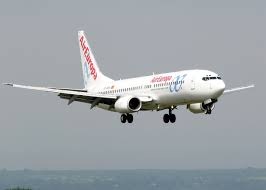 The airline company of the Spanish group Globalia “Air Europa” opened the air route Madrid-Ouarzazate with first direct flight on Thursday night at the airport of the Moroccan city Ouarzazate.

This air link was launched by “Air Europa” in partnership with the Moroccan National Tourist Office (ONMT) with two weekly frequencies, Thursday and Sunday, said a statement from the ONMT.
According to the same source, the weekly connections between Spain and Morocco will be strengthened and Ouarzazate Airport now have over 10,000 additional seats for the winter 2014/2015 and summer 2015.
The new link, highlighted the ONMT, complements the links of Royal Air Morocco Paris-Casablanca-Ouarzazate. Ouarzazate already operational and will allow the city to be connected to the large network of Air Europa which covers Europe and America through the airline’s hub located at the airport Adolfo Suarez Madrid Barajas.
The link will also further promote Morocco destination among Spaniards, including the regions of South and connect the entire area at the national and international economy. Said in the statement, the president of “Air Europa”, Juan Jose Hidalgo, explained that Ouarzazate is an attractive destination for European customers, adding that it stands out for its refined culture, mild climate and the countless film references known to all, in addition to the traditional hospitality of the Moroccan people.

IMF: The threats of macroeconomic stability are increasing in Algeria

Mr. Assad receives the European Commissioner in charge of the neighborhood policy and enlargement negociations