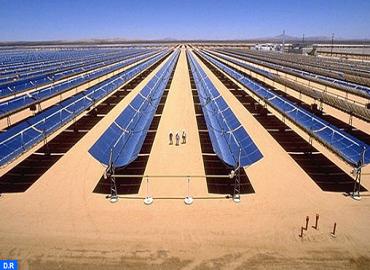 CNBC: Morocco Puts Itself at Vanguard of Solar Revolution

Thanks to Noor Ouarzazate solar complex, Morocco puts itself at the vanguard of solar revolution, said on Thursday US news channel “CNBC”.

In an article authored by Anmar Frangoul and posted on its website, CNBC noted that “in North Africa, Morocco’s vast Noor Ouarzazate solar complex – one of the world’s largest – uses concentrated solar power (CSP) to produce clean energy.”

Other examples of CSP facilities include the Ivanpah facility in California, which provides around 140,000 homes with clean electricity every year, according to BrightSource Energy, one of its owners, it wrote.

The difference between renewables and traditional fossil fuels is based not only on environmental factors, Paddy Padmanathan, chief executive and president of ACWA Power, told CNBC’s Sustainable Energy, noting that “the future for renewables looks promising”.

“As demand grows I think in future we will see a country like Morocco stop building fossil fuel based plants, and it will automatically move everything into renewables,” he added.