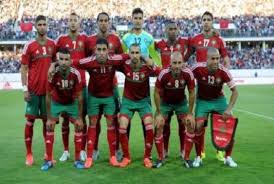 Sao Tome – The Moroccan national football team has emerged Saturday in Sao Tome, facing the local selection on the score of 3 goals to 0, as part of the second round of qualifiers the African Cup of Nations (CAN 2017).

The Atlas Lions have signed their second win in as many games after the achievements of Norredine Amrabat (34th), Youssef El Arabi (39th) and Nabil Dirar (43rd).

The classification of Group F, Morocco is provisional leader (6 pts) followed by Cape Verde (2nd / 3pts) and Libya (3rd / 0 pt) which clash in Cairo on Sunday.

Sao Tome and Principe last remains of the chicken (0 pt).

At the 3rd day (23-26 March 2015), Morocco travels in Praia against Cape Verde, while Sao Tome and Principe receives Libya.

Of the 52 teams divided into 13 groups, the first of each group will go in the finals along with the two best runners-up, with the exception of the chicken I wherein Figure Gabon, the host country, which will have the option not qualify only one team.