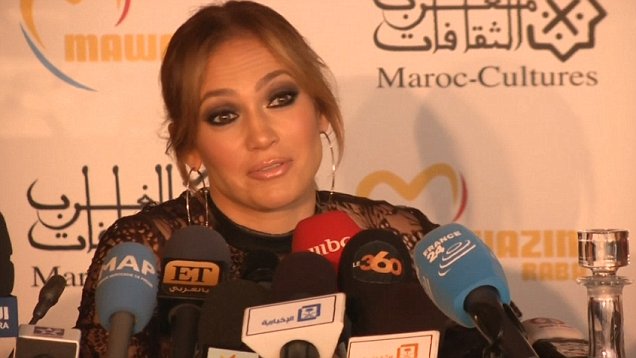 Rabat= – The American superstar Jennifer Lopez opened Friday in the OLM Souissi scene, the ball of the 14th edition of the Mawazine Festival Rhythms of the world-which runs from May 29 to June 6.

Jennifer Lopez is the artist of all records. The one we nicknamed the “diva of R & B” has sold no less than 55 million albums and filmographic income is estimated at $ 2 billion. Elected in 2012 personality from the world of the most influential music of the world by Forbes Magazine, J.LO is now considered the most famous Latino artists. She received in 2013 the 2,500th star of the Hollywood Walk of Fame. born in the Bronx Borough of New York is like a dancer that Jennifer Lopez is beginning to make a name in the early 1990s.

the organizers are also planning other shows on multiple scenes located in Rabat and Salé.

And As usual, the festival provides a host of stars including Maroon5, Wael Kfoury, Usher, Magida El Roumi, Pharrell Williams or Abdelhadi Belkhayat, which will reward the public, throughout this art event, from all over extent of their immense talent

The Treasury Placed 900 Million Dirhams Instead of Cash Surpluses

National Child Day: INDH Renews Commitment To Promoting Situation and Rights of This…