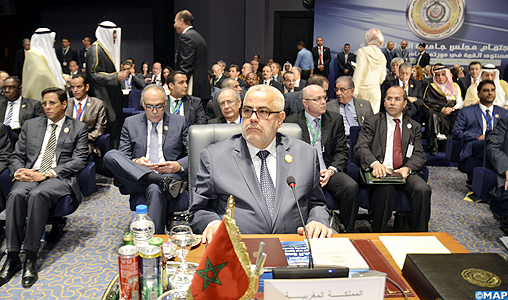 Speaking at the closing session, the head of government, Abdelilah Benkirane reaffirmed the disposal of the Kingdom of Morocco to host the 27 th ordinary session of the Arab summit, chaired by HM King Mohammed VI.

Mr. Benkirane, representing His Majesty the King to the work of the 26 th Arab Summit also expressed the pride of the Kingdom of Morocco to host Arab leaders, welcoming the spirit of understanding and solidarity that marked the work of the Sharm el-Sheikh, which was held under the presidency of Egypt, and the value of contributions from participating Arab delegations. Violence at the WSF: A group of Algerians tackles Moroccan stands